The origins are lost in the mists of time, but generally it is accepted that the May Queen or Queen of May symbolises the ancient festival of spring, originally held on the the 1st of May, but now held on the May Day bank holiday.

The May Queen is a (usually young) girl who rides or walks at the front of a parade for the May Day celebrations. She wears a white gown to symbolise purity and a crown made of flowers. Her duties are to begin the May Day celebrations. She may be attended by other young girls similarly attired, and may be seated on a throne, decorated with flowers.

The May Queen is usually chosen and crowned before the dancing around the maypole commences, but traditions vary from county to county.

Miss Johnson, a teacher who arrived at the Village School in 1913, is credited with reviving the May Queen tradition in the parish. The images we have indicate the May Queen was crowned and seated on her throne on the sloping green looking toward the junction with Foot Lane. The maypole also appears in some images at the Foot Lane junction. 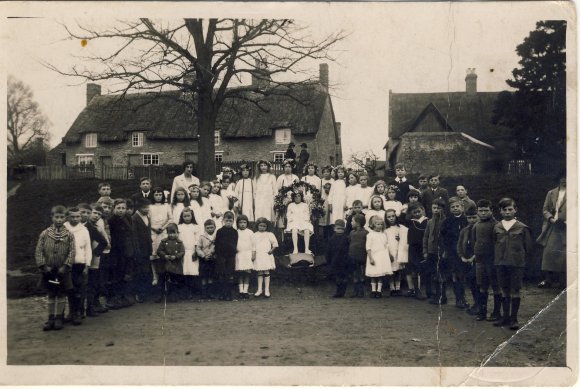 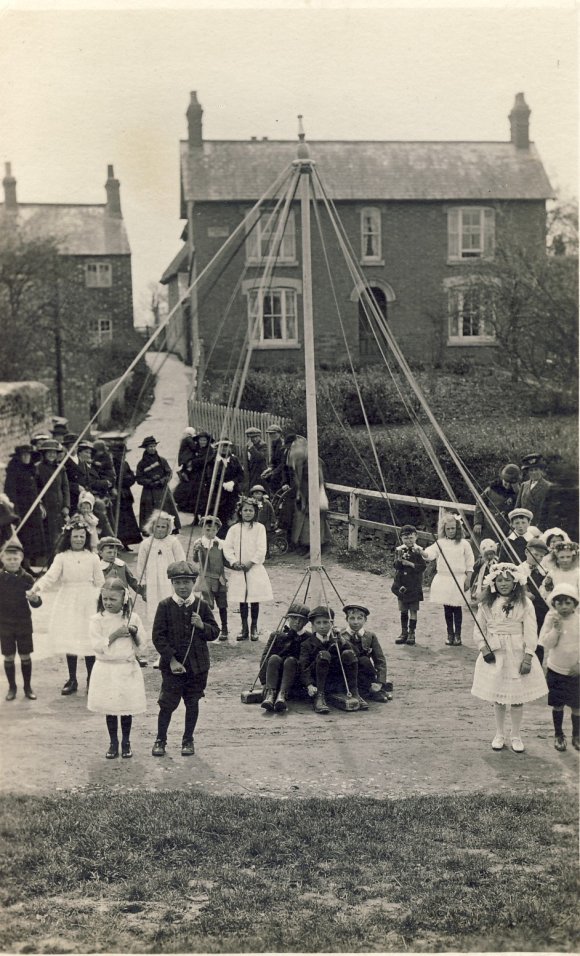 Maypole on junction of Water Lane and Foot Lane.
Image provided by the late Noel Morris. 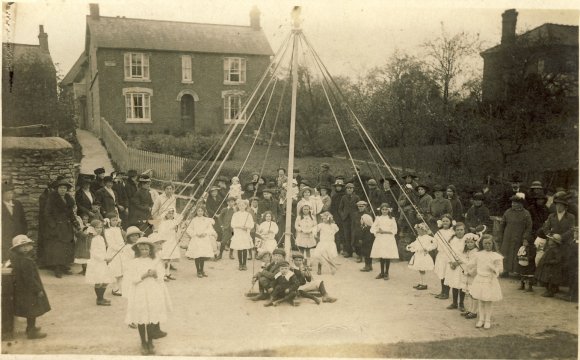 There was a brief revival in the 1980's, with the maypole located in Duchy Close in one of the hammerhead turning areas. Hannah Burch was crowned in 1986. 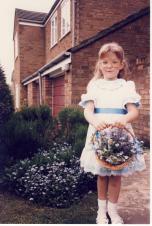 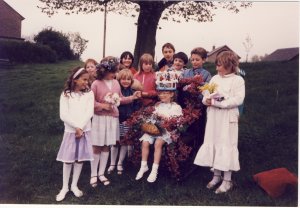 May Queen Court May 1986
Image provided by Dr Adrian Burch. 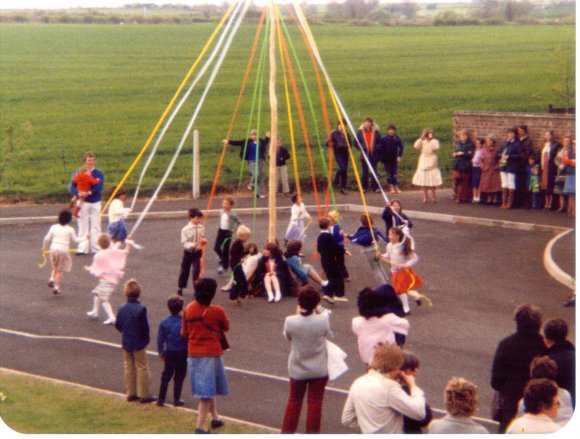 Maypole outside No 29 Duchy Close
Image provided by the late Roger Clay. 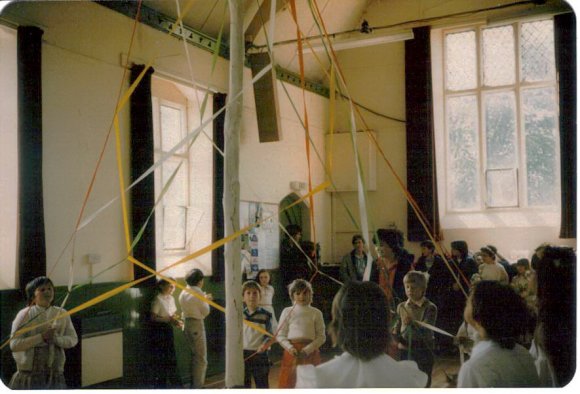 Practising in the Village Hall.
Image provided by the late Roger Clay.

There was a further revival in 2012, with the maypole located in Wateryard, Water Lane. This has continued every year, save for 2020 due to the Covid-19 lockdown. 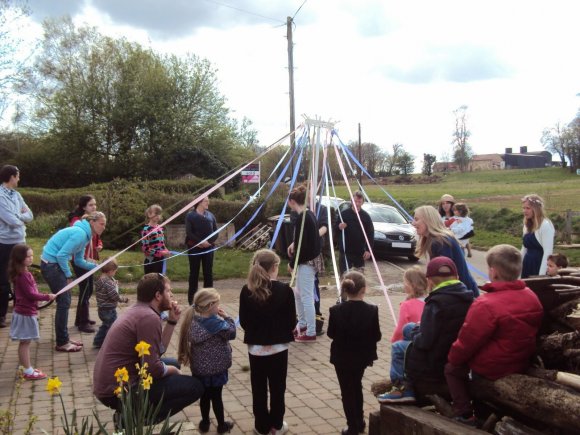