Please note the churchyard is still in use for burials and should be respected as such. There is a sung communion service is held in the Church at 9:00 a.m. on Sundays. In February the churchyard is covered in a carpet of Snowdrops.

The grave locations can be found by clicking on the word "Map" after each item below. This will take you to an external website for the burial ground management of the churchyard. The data was complied by Adrian Dale using the church burial records.

The Cross of Sorrow (erected 1920) stands on mound to the east of the Church. Map. A slate plaque (installed by the Parish Council in 1996) on the wall under the east window has five names from WW1 and one from WW2. Map.

The Group flew 480 missions from Chelveston and gained the nickname "Can Do". During the course of the war, numerous acts of valour were recognised, including the award of two Distinguished Unit Citations and two pilots received the Congressional Medal of Honour - the United States military's highest decoration.

The 305th Bomb Group Memorial Association (BGMA) funded restoration work of the church tower, including the installation of the plaque. The continuing close cooperation between the 305th BGMA and the parish resulted in the Group's emblem being incorporated into the Parish Council's crest in 2010. 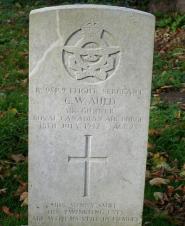 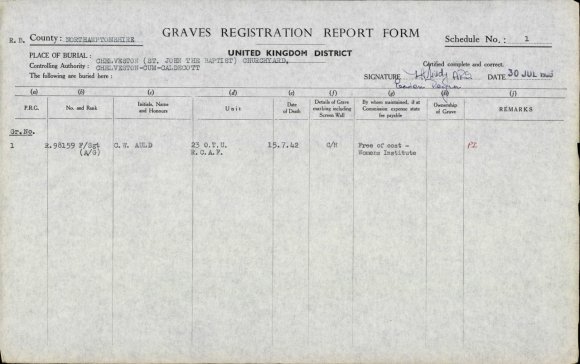