Whilst the Napoleonic Wars were raging in Europe, in Chelveston another type of revolution was about to happen - Inclosure. This involved the division of the large open fields that had existed from medieval times into smaller fenced plots of land.

There were several reasons behind the national policy, including the idea that the smaller fields would allow the farmers to carry out improvements to the land and that the spread of diseases would be reduced, as their animals no longer intermixed.

The principle landowners were Lt Col Edward Disbrowe (the Lord of the Manor) and the Rt Hon William Wentworth, Earl Fitzwilliam (lessee of the local Duchy of Lancaster estates) who held the land under a form of ownership that gave them the rights to the crops, but also meant that the villagers had "common rights" to partial use of the land, such as the right to graze their animals on the stubble once the harvest had been gathered in.

The parish was inclosed under a private act The Inclosure Act 1801—an Act for the Dividing, Allotting and Inclosing the Open and Common Fields, Meadows, Commonable Lands, and Waste Grounds, in the Parish of Chelston otherwise Chelveston-cum-Caldecott, in the County of Northampton (c41 Geo. III).

Two commissioners were sworn in on 20th July 1801 to oversee the inclosure, Edward Hare (1741 - 1816) of Castor, near Peterborough and Charles Bloodworth of Kimbolton, with Charles Marion Welstead of Kimbolton as umpire (the umpire's role was to adjudicate if the commissioners did not agree with each other's findings).

Edward Hare was a well known surveyor and Inclosure Commissioner, known to have done 23 Inclosures in Northamptonshire and another 15 in Cambridgeshire.

It was the commissioners task to divide up the 1,700 acres into smaller fields and allocate them to the various landowners, based on the value of the land and in proportion to that which they owned before the inclosure. They also had to ensure that the villagers received some compensation for the loss of their common rights.

Historically the Lord of the Manor held the Great Tithes and the Church held the Vicarial or Small Tithes— these were entitlements to a percentage of the crops or wool produced in the parish. As these rights would be commuted by the inclosure, the commissioners awarded them compensation land for their lost income.

The minutes of the Commissioner's meetings have been transcribed from the Inclosure Minute Book held at the Northamptonshire Record Office.

The result is the 200 year old field system that can been seen around the parish today.

Roads and Rights of Way

A function of the Inclosure Acts was the setting up of public roads and the confirmation or diversion of rights of way. In 1801, the only maintained highway in the parish was the Higham Ferrers—Kimbolton turnpike (toll) road, now the B645, the rest being tracks that had developed by common usage.

The creation of the hedged inclosures created the spaces for both public and private roads. These new public roads were to be maintained by the parish levy and two stone pits were opened, so as to provide local materials for road surfaces. 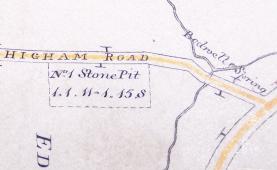 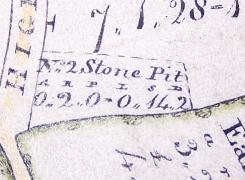 The Rights of Way were classed as either Foot Roads (footpaths) or Bridle Roads (bridleways) and most have survived to the present day, though a few have been lost due to buildings and gardens. An example of an extinguished footpath is one which ran north from the Church to Higham—Kimbolton turnpike road (now the B645) through what is now gardens. On the other side of the road, the footpath (MM2) is still in use and passes over Duchy Field toward Hillside. 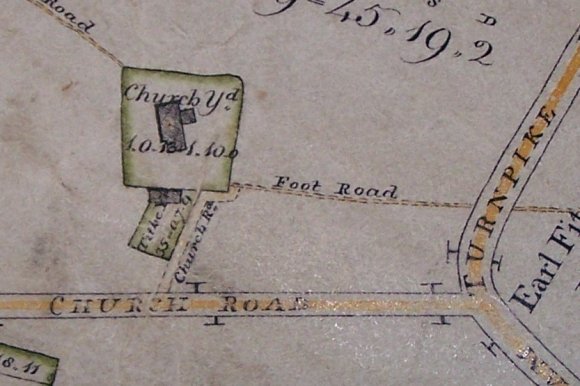 Lost Footpath between the Church and the Turnpike Road (B645).